Find the heart of Cajun country deep in Louisiana.  The Cajun culture is so exotic and mystical! Take a backroads trip to Louisiana on Highway 90 and the Zydeco-Cajun Prairie Scenic Byway in Louisiana and explore one of America’s backroad jewels.

Louisiana epitomizes one of the ultimate melting pots of early America.  Since neither Stu nor I have spent much time in Louisiana, the blend of the French, Cajun, and Creole influences with fishing, rice fields and music sort of slapped us in the face and said, “Gorge on the Richness.”

One of our favorite stops was in Rayne, Louisiana. We visited Worthmore’s Five and Dime, which opened in 1936. The staff has kept the store just as it was in the 1930s! That includes the original cash register which only records purchases up to $9.99!

What an old time treat! We loved it!

Along the Zydeco-Cajun Prairie Scenic Byway, you can still hear Cajun and Creole French spoken in both shops and on the street. How cool is that? The Creole Dictionary has this map of Creole-speaking parishes in Louisiana. 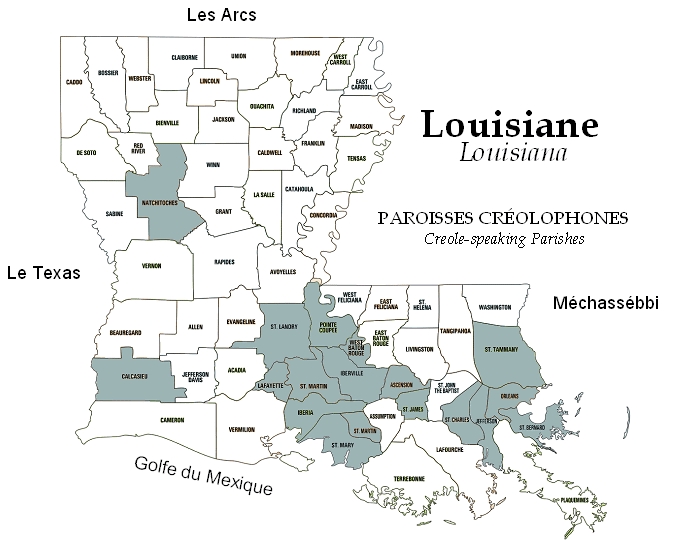 Each of the three parishes on the Zydeco-Cajun Prairie Scenic Byway has an incredible musical history. Learn about:

Discoveries on the three route loops include:

Mamou calls itself the “Cajun Music Capital of the World” and holds a music festival each August. Don’t miss Fred’s Lounge, where Cajun music and dancing are a Saturday morning ritual. In nearby Pine Prairie, stop at Guillory’s Grocery and Specialty Meats to load up on cracklins and locally made sausages. This loop ends in Ville Platte, home to the Louisiana State Arboretum.

This loop begins in Eunice, home to the Cajun French Music Hall of Fame and Museum. At Liberty Theater, a 1924 vaudeville house, the radio and television musical program “Rendezvous des Cajuns” is broadcast live. Other spots to see include the Prairie Acadian Cultural Center, part of the Jean Lafitte National Historic Park and Preserve. As you move into one of Louisiana’s prime rice-growing areas, your next stop is Crowley, home to the Historic Rice Theatre and Rice Interpretive Center, an auto museum and the J.D. Miller Music Museum. The loop ends in Church Point, where you can see the Vieux Presbytere (Old Rectory), which dates to 1887.

Few towns contain as many historic structures as Washington, where 80 percent of the town’s buildings are on the National Register of Historic Places. For most of the 19th century, Washington was the largest inland port between New Orleans and St. Louis. Buildings like the Steamboat Warehouse (now a restaurant) recall the town’s past prominence. Another beautiful stop along this loop is Grand Coteau, founded in 1776 and known for its live oak allees and the historic Academy of the Sacred Heart. This loop ends in Opelousas, the birthplace of musician Clifton Chenier and considered by many to be the home of zydeco. Locals like to eat at the Palace Café, a simple eatery in business since 1927. Folks say the chicken fried steak is out-of-this-world!

This short road takes you through Palmetto – home of Budden’s General Store, which opened in 1934 – on the way to Krotz Springs, a former sawmill town

You will have a wonderful time on the Zydeco Cajun Prairie Scenic Byway!

Did you know: While riding along scenic Hwy. 105, between Krotz Springs and Melville, you may recognize the landscape as seen in the 1969 class film, Easy Rider.